Writers & Books is a literary center based in Rochester, N.Y. that fosters and promotes reading and writing as lifelong activities. We attract individuals of all ages and backgrounds within and beyond the greater Rochester area. Our programs are numerous and varied, reaching more than 25,000 people per year, and include:

Writers & Books coordinates and implements programs out of two facilities in the greater Rochester area. The first is our main center, a historic former police precinct station located in the city’s Neighborhood of the Arts. The second is Gell: A Finger Lakes Creative Retreat, our retreat center located thirty-five miles south of the city in New York’s famed Finger Lakes area, a scenic wine-producing region that regularly attracts visitors from around the world.

Writers & Books promotes reading and writing as lifelong activities for people of all ages and backgrounds.

This mission is accomplished by maintaining a full-resource literary center in the Rochester area, and satellite programs elsewhere, that:

Writers & Books began its literary life as The Book Bus in 1974, a mobile bookstore and book distributor traveling throughout the northeastern United States, bringing small-press books to new audiences. The Book Bus played an instrumental part in the growth of the independent presses that took place in this country throughout the 1970s. By reaching out directly to individuals, bookstores, and libraries in its travels, The Book Bus was able to introduce thousands of new readers to the many unrecognized, but important, writers at work in America.

As the 1970s came to a close, and the price of fuel skyrocketed, the costs associated with The Book Bus became more than could be supported. However, the lessons learned in the many years of traveling were important ones and laid the groundwork for the establishment of a literary center. Foremost among those lessons learned was this: if contemporary writing were to survive and flourish in this country, it must begin to reach out to audiences beyond the walls of the classroom and the campus. It became evident that the literary community needed to establish centers where writing and reading were active pursuits for people of all ages, and where writers could meet with other writers and with interested readers. It was upon these beliefs that in 1980 The Book Bus ceased its travels, and Writers & Books began operations as a literary center working out of a storefront space in a commercial/residential neighborhood in Rochester.

In January 1985, Writers & Books moved from its original storefront location into a landmark building, a former precinct station designed by Rochester illustrator and architect Claude Bragdon, rented from the City of Rochester. With much larger space available, we were able to greatly expand our programs and establish a true center for literature in Rochester.

In 1988, Writers & Books, through the generosity of a local supporter, was given the use of a house situated on 25 acres of land in the Finger Lakes region of New York State. This retreat, called The Gell Writers Center of the Finger Lakes, provides time and an inspirational setting, away from the normal routine in the writer’s daily life, in which to write.

Writers & Book  is a 501(c)(3) tax-exempt organization designated by the Internal Revenue Service. As such, all donations made to us are fully tax deductible. Our tax identification number is 16-1154656. 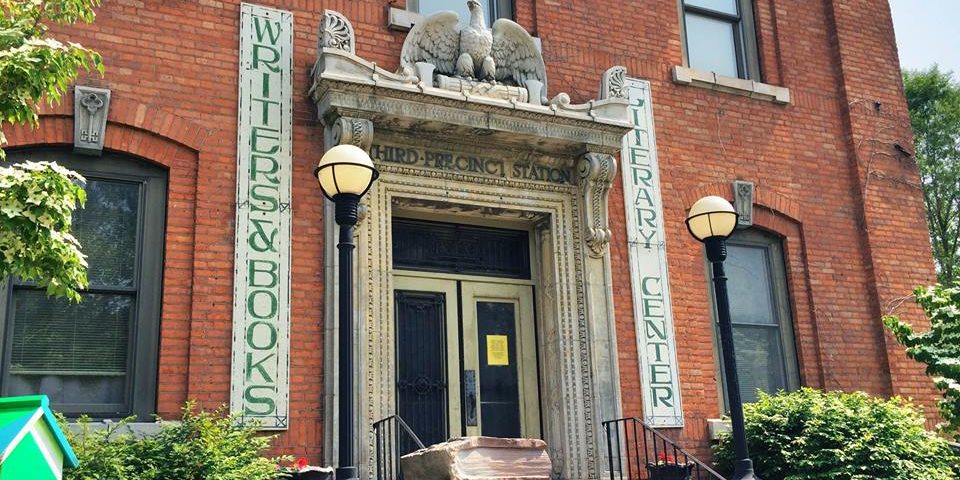 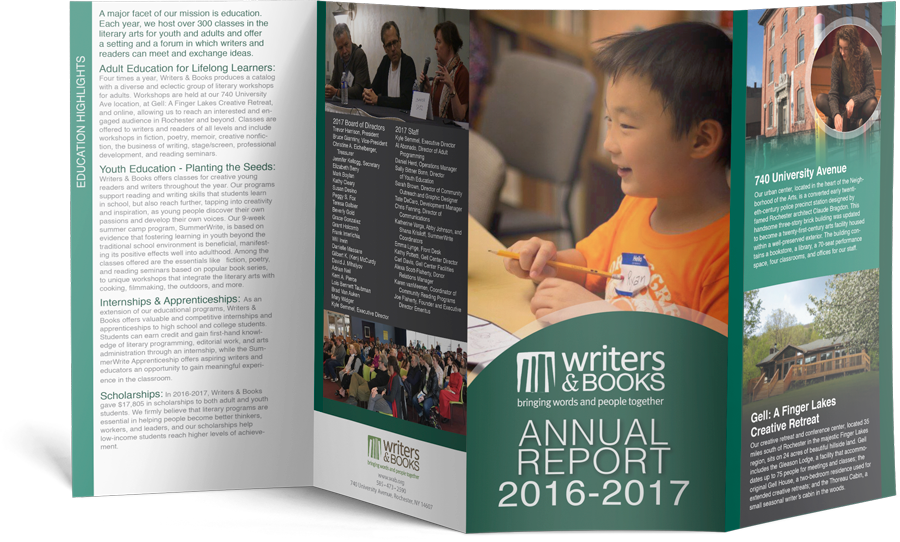