Rochester, NY : Award-winning poet Jeffrey Ethan Lee will be holding a one-night poetry workshop at Writers & Books on Wednesday, March 26th. The workshop will run from 7:00 to 9:00 PM. Cost is $45 for Writers & Books members, $50 for General Public.

This special workshop will provide all participants with writing exercises that connect one with one’s spontaneous and natural voice. Early registrants will receive a free, autographed copy of Lee’s Many Mountains Moving.

Lee has taught creative writing at many community arts organizations and universities throughout the country and his work has won many awards and publications. His towards euphoria (2012), co-winner of the editor’s prize from Seven Kitchens Press, is the prequel to invisible sister (2004), his poetry book that was praised in American Book Review. He has a Ph.D and an MFA from NYU.

Rochester NY –  Writers & Books in collaboration with Geva Theatre are pleased to announce the winners of the 2014 2 Pages / 2 Voices submissions.

They Were Real, by Maria Brandt

Servants on Strike, by Len Messineo

Science of the Damned, by Byron Wilmot

Beware the Jabberwock, by Ted Wenskus

In Memoriam, by Terry Lehr

2 Pages / 2 Voices is an evening of short plays written by area writers and read by area actors. Each play must be no more than two pages in length and contain no more than two characters. The only other stipulation for this year’s submissions is that at some point in the play the word “fox” must be included.

Rochester, NY – Writers & Books is proud to release this year’s 6 winners of the prestigious Big Pencil Award. The event will be held on November 16th from 6PM to 9PM at 740 University Ave. Tickets can be purchased online and over the phone for $20 for members, $25 for General Public 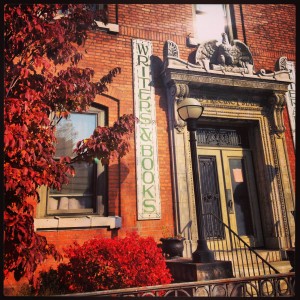 The evening focuses on acknowledging those people and groups responsible for enriching the Rochester community through literature.

The evening will begin with hors d’oeuvres and cocktails, proceed with the presentation of awards, and conclude with fine teas, coffees and desserts.

For more information or to purchase tickets call 473-2590 ext 107 or visit our website at http://wab.org/event/the-big-pencil-awards-night-2013/

Rochester, NY – A First Friday like no other. On July 5th, starting at 6:00 pm, Writers & Books will be hosting a Read, White and Blue Book Sale in our bookstore at 740 University Ave. Then at 9:30 pm, join us in our back lot as we use our new projection equipment to celebrate our First Festival of Sound & Light. 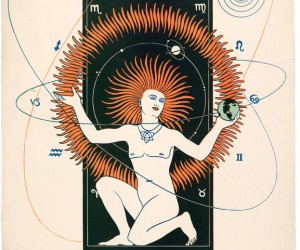 Drawing on inspiration from Rochester Architect Claude Bragdon, the first show on July 5th will be a tribute to him, involving images, words, and a selection of music he used in his own Festival events a century ago.

The Read, White & Blue Book Sale will run from 6pm to 10 pm. With the exception of books on consignment, all paperback books will be $1.00 and all hardcover books will be $3.00.

For a more detailed description of the Festival of Sound & Light, or questions regarding our First Friday event, please call Chris Fanning at 473-2590 ext 105 or via cell phone at 315-719-7262. You can also e-mail chrisf@wab.org