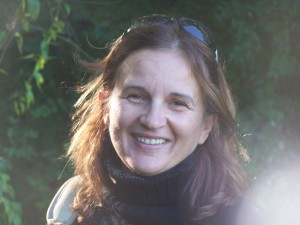 I am teaching the Wild and Precious again this  January 12, from 9 am – 1 pm. It is an annual workshop inviting you to consider the upcoming year, your goals and dreams.  This workshop started from my personal practice in when I spent a weekend with two friends writing what we called then our “Manifesto”.  of writing my “manifesto”, putting down on paper who I am at this time and who I want to be, became a part of my life. , as this cold and snow finally slowed me down, I thought about why this workshop is important to me.

This is what I wrote

“Whenever I read Mary Oliver’s question “Tell me, what is it you plan to do with your one wild and precious life?” I get this sense of urgency, a sense that I am not fully understanding preciousness and wild-ness of my life. That I am living too much on an automatic pilot and too small, echoing David Whyte’s words in the House of Belonging:

“Sometimes it takes darkness and the sweet
confinement of your aloneness to learn anything or anyone that does not bring you alive is too small for you.”

Yes, in this winter darkness and cold weather confinement, I  need to slow down, get off my everyday-ness and ask myself- what am I doing with my life?

Get more information and register here 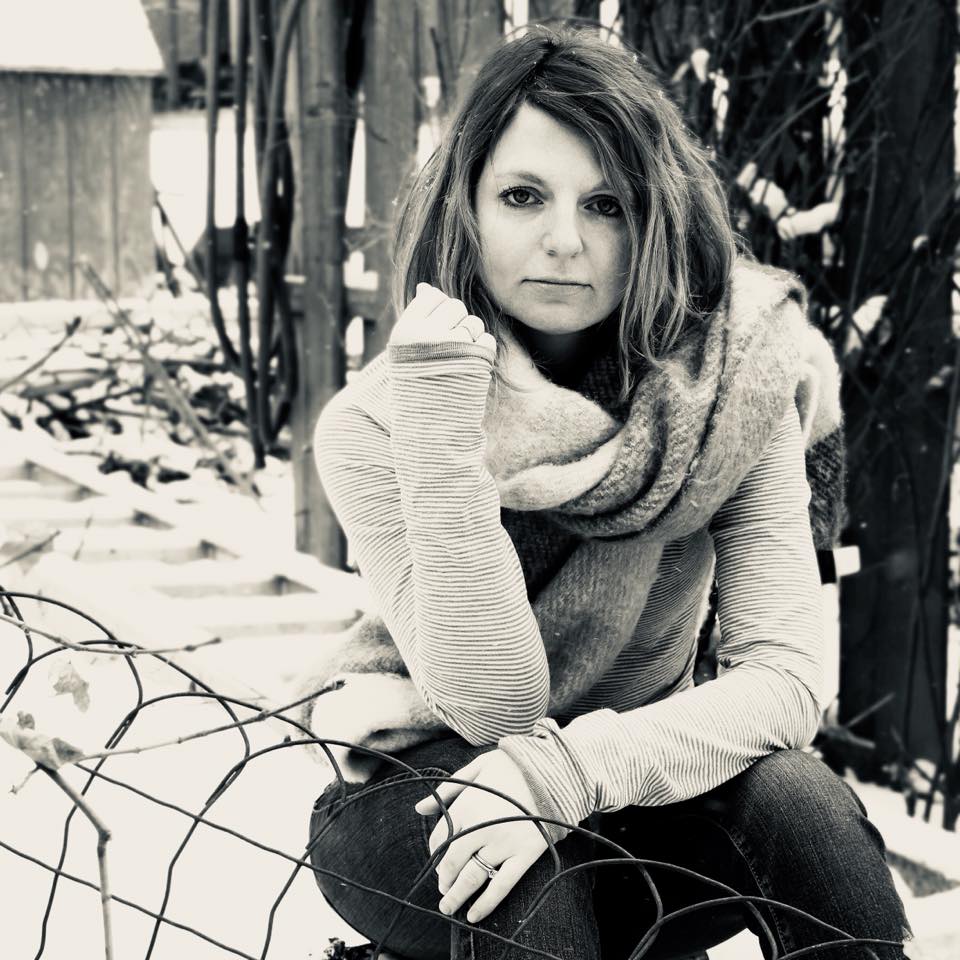 Rafeal Campo writes: “To write about illness, to heed this terrible muse, is to reject distancing and to embrace empathy, for which there is no reward or claim on greatness other than perhaps the perverse joy of recognizing oneself as susceptible to the same foibles and neuroses.”

Writing illness can feel unapproachable to the caregiver, and intimidating and overwhelming to those who are ill. The course Writing Illness explores the concerns and rewards of writing about illness of all types—chronic, mental, terminal, invisible—and from all perspectives—patient, family, and caregiver, all while generating and discussing the writer’s material.

It took me ten years after my diagnosis to discover I already had material to write about my own illness, and once I did, my essay “The Healer” [link http://thejournalmag.org/archives/12924]

helped illuminate the course of my illness, but also put to words the alienation I felt as someone diagnosed with a chronic and ambiguous disease.

Sarah Cedeño’s work is forthcoming or has appeared in Punctuate, The Journal, 2 Bridges, The Pinch, The Baltimore Review, New World Writing, The Rumpus, Hippocampus Magazine, Bellevue Literary Review, and elsewhere. Sarah holds an MFA from Goddard College in Vermont and has served as editor of several literary magazines. She lives in Brockport, NY with her husband and two sons, and teaches writing at the College at Brockport and Rochester Institute of Technology. She’s at work on a collection of essays on illness titled The Visible Woman.

Hold off on that next Barnes & Noble purchase!

Wait a bit longer to purchase the new album!

On December 14th Writers & Books will be participating in a Barnes & Noble Book-fair!

What does that mean? We’ll explain:

On December 15th, head out to any participating Barnes & Noble nearby (that’s pretty much every store in the country that isn’t affiliated with a college). After you’ve perused the shelves of books, music, gifts and more, bring your purchases to the checkout. When you get there, tell the clerk that you are participating on behalf of Writers & Books.

10% of your purchase on books, music, dvds, even cafe purchases, will go towards Writers & Books!

Can you use a gift card? Yes you can.

Can you use your educator discount and still support the book-fair? Sure can.

We’ll be camped out at the Barnes & Noble in Pittsford Plaza and will have readings, discussions, games and more going on throughout the day. All you need to do is come out and mention you’re there for W&B.

Can’t make it out on December 14th? More of an online shopper? Not a problem.

When checking out online, make sure to type in our ID number, 12313185, and Writers & books will still receive 10%! Even better, the online portion of the “W&B Book-fair” lasts for 5 days.

Help the Neighborhood of the Arts Business Association give back to the community this winter.

By collecting the following items, we hope to help The Dimitri House stock their shelves to help those in need during the upcoming cold winter months.

END_OF_DOCUMENT_TOKEN_TO_BE_REPLACED

When Hispanic Heritage Month began, Trump hosted a celebration where he praised the Latino community for our contributions to the U.S. In his speech, he proclaimed that Hispanics “inspire the nation,” that we “make our country flourish and prosper.” I wasn’t fooled by Trump’s empty rhetoric and didn’t join in on his fiesta.

I know how he celebrates my community.

To give us a taste of what he’d planned for his Hispanic Heritage Month celebration, he created a “denaturalization task force” to hunt down naturalized American citizens who allegedly lied on their applications and strip them of their citizenship. Then, he began denying passports to Latino Americans born near the southern border and accused them of using fraudulent birth certificates. Six days before his speech, he carried out the expansion of the tent city in Tornillo, Texas, so it could hold up to 3,600 unaccompanied minors.

While his fiesta at the White House was underway, and he was giving his speech about how incredible the Latino community is, hundreds of Latino children in shelters across the country were being quietly transported on buses to the tent city where they will remain in an indefinite period of detention in a place unregulated by child welfare authorities. There, in the middle of a barren desert, sleeping in bunks with little access to education, legal services, or the love of their families, these children will be forced to endure even more trauma.

If that wasn’t enough celebration, five days after Trump’s speech, his administration announced a new rule that would shame and punish immigrant families by denying legal immigrants a green card if they have ever received government assistance or were likely to do so in the future.

Shame and punishment is what Trump is serving during this Hispanic Heritage Month. His current policies have revived painful memories of the times I’ve been shamed and punished for being an immigrant. Luckily for me, I’ve also met people along the way who knew the true meaning of “celebration.”

The shame began at the first school I enrolled in after crossing the border. When I first arrived in Los Angeles as an undocumented immigrant, I spoke no English. Upon discovering this, my fifth-grade teacher pointed to the table in the farthest corner of her classroom and sent me there. For the rest of the year, I sat there, silent, as the shame of her neglect took root: the shame of being a Mexican, a border-crosser, a Spanish speaker.

When I wrote a story for a school competition in the only language I knew, my teacher put my story in the reject pile without a second glance, and in doing so rejected me, rejected who I was. “This is a country where we speak English, not Spanish,” Trump once said in an interview. He was giving voice to the message my teacher had given me long ago.

Despite working hard to adjust to an English-speaking American world, the reward for my effort was even more shame. I couldn’t explain why I wasn’t in the books I read at school or borrowed from the public library. Blonde-haired and blue-eyed girls were on the covers of the books I devoured, like Sweet Valley High and The Babysitters Club, which gave me unexpected access to white, middle-class America. Reading about an American life that could never be mine and characters who I could never be like, I felt more inadequate than ever. This is what I do not have. This is who I am not. This is who I will never be.

By the time I arrived at Pasadena City College, I had little desire to celebrate anything about my Latino identity. And if it hadn’t been for my English professor, Diana Savas, I might have lost it completely. Diana taught me to celebrate my Latino identity by introducing me to the works of writers I could relate to: Helena María Viramontes, Sandra Cisneros, Isabel Allende, Julia Alvarez, authors who wrote books with characters who looked like me and lived in the same world I lived in. I finally felt visible. Diana encouraged me to pursue a career in writing and honor my community by telling our stories.

I transferred to the University of California, Santa Cruz to pursue a degree in creative writing. I was usually the only Latina in my writing classes. The stories I submitted to my fiction teacher were about a world—an experience—neither she nor my classmates knew anything about.

“You have a wild imagination,” my teacher would say of my autobiographical stories of Mexican poverty, immigration, and broken homes. I wanted to tell her that her job was to critique my craft, not my cultural experiences, but my shame kept me silent.

That same term, I took Chicano literature with professor Marta Navarro, who read my work and taught me that my immigrant experience wasn’t something to be ashamed of. “You are now bilingual, bicultural, and binational,” she said. “You are not less. You are more.” She made me see that being an immigrant had transformed me into twice the girl I would otherwise have been. It was my first time thinking of my immigrant identity as something to be celebrated, not rejected.

When I graduated, I set out toward the goal of using my “wild imagination” to build bridges and chip away at walls with stories about my heritage and my life. When my agent and I sought a publisher, I encountered shame again. There were too many rejections. One editor said that nobody was going to care about the story of a Mexican immigrant girl. Then finally, editor Malaika Adero offered me my first contract and in doing so helped me cross the invisible border between the seen and the unseen, the heard and the unheard.

Like most immigrants, I have been told again and again to go back to where I came from. At a book reading in Texas, a woman came to humiliate and yell at me, accusing me of writing stories that promote illegal immigration. She must have missed the harsh reality at the core of my stories—my kind of writing doesn’t encourage others to come here. Hours after the publication of my essay in defense of immigrant families, a reader wrote me demanding, “How much of the world are we supposed to save?”

It isn’t about “saving” anyone. It’s about valuing human potential and acknowledging the inequality of opportunity throughout the world. It’s about treating people with dignity and respect. But these are things that Trump and people like him don’t understand.

During this Hispanic Heritage Month, while undocumented immigrant children are imprisoned in tents as punishment for daring to set foot on U.S. soil, or while immigrant parents are being forced to choose between providing access to health care, housing, and food for their children or a chance at legal permanent residency, my biggest hope is that we as a society will work harder to speak up and stand up for the immigrant community, that we will embody the true meaning of celebration.

I believe what my teacher told me so many years ago—that I am twice the person I used to be. The U.S. is a country of immigrants, and to those who believe that our immigrant and multicultural identity is a detriment, a source of great shame and not our greatest asset, I say because of immigrants, the U.S. is twice the country it might otherwise have been. We are not less, we are more.

Now let’s show our president how to throw a real fiesta.