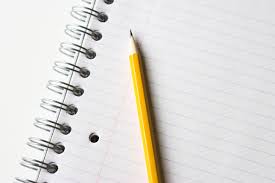 March 28 – April 1, 9:00 a.m. – 3:00 p.m. Full week: $190 Members / $210 General Public (use code W16-Y5) Single Day: $44 Members / $48 General Public (see below for codes for individual classes) MONDAY: Comedy Improvisation W16-YDS3 Instructor: Julie Donofrio Improvisation is acting without a script, and often includes audience participation. Students will learn the basic rules of improv, and then a variety of theatre games and comedy improv games such as those featured on the television show, “Whose Line is it Anyway?” The class will present some of their favorite games for family members at the end of the day. TUESDAY: Magnus Chase Norse Mythology W16-YR45 Instructor: Marna Rossi Venture into the world of the Vikings and Norse mythology with author Rick Riordan’s newest hero, Magnus Chase! Like Percy Jackson, Magnus is also related to an ancient god! Delve into the 9 worlds of Viking myth through games, a craft, and readers theater skits. WEDNESDAY: Flash Fiction W16-YF7 Instructor: Judy DeCroce Flash fiction is a short form of writing in which every word is essential. These stories have a rhythm and foundation of character, setting, and plot. We will learn to hook the reader quickly and then, through an unexpected twist, leave the reader wanting more. At the end of the day students will go home with at least three new pieces of writing! THURSDAY: Hogwarts Academy Day One W16-YR10 Instructors include: Tracy Cretelle, Chris Fanning, Donna Marbach Jump into the world of all things Harry Potter! You will make a wand, learn the art of Divination, take a Defense Against the Dark Arts class, write a story for the Daily Prophet, and more! FRIDAY: Hogwarts Academy Day Two W16-YR19 Instructors include: Angela Cannon-Crothers, Chris Fanning, Donna Marbach, Sara Bickweat Penner Another day immersed in the world of Harry Potter! You will have lessons in Transfiguration and Herbology, do some Potter-inspired writing, and leave at the end of the day feeling as if you yourself were a student at Hogwarts. It is not necessary to participate in Day One in order to participate in Day Two!