Writers & Books’ annual literary celebration returns to 740 University Ave this April. Join us as we recognize those in our community that keep literature alive and well in the Flower City.

The event begins at 6 p.m. with a cocktail hour including light hors d’oeuvres followed by the award ceremony. We conclude the evening with a cake cutting and reception.

Get to know the honorees 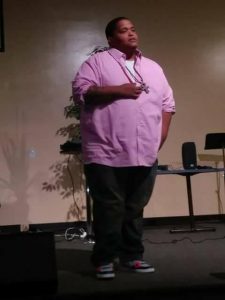 Anthony Aceyon Owens has performed all over Canada, Baltimore M.D., Florida, Washington D.C., all throughout Rochester and the surrounding cities as well as up and down the east coast. He has been interviewed in the D&C, s.u.e. magazine, life magazine by Jaylen Little, C.I.T.Y. magazine, Brave New Voices/ Youth Speaks, as well as several other articles along with his Poetry team Roc Bottom.

Aceyon along with R.B.S. has also participated in several peace rallies around Rochester, using his talents to influence the community with positivity and uplifting views
He has written for minority reporter. He has acted in several stage plays. He has teamed up with phenomenal directors such as Robert Ricks, Michael Atkins Yawn, Top Dollar Network, Grace Flores, Jahaka Mindstorm and the late great Phyllisa McEwen.
Anthony has also collaborated with his R.B.S. team and brought forth three Poetry vinette plays called ” Growing Pains”, “Streaming”, and “True Roc Stories” which was a conglomerate of poetry by Roc Bottom and a Dance troupe directed By Dance instructor Jaymee Bermudez.
Aceyon is currently working on the Nurse Theresa Bowick story “Collard Green Curves … a fat girl’s journey from childhood obesity to healthy living” which is Directed By Michael Atkins Yawn. As well as the stage play “A safe Distance from Love” written by Laura Thomas and directed by Reuben Tapp.
He along with his Roc Bottom team will be doing another collaboration for the fringe festival in September of 2017.
Aceyon has also been apart of two independent Films and is currently working on his own chapbook of poetry.
Aceyon and his R.B.S. team participate in after-school Mentorship creative writing/artistic workshops with writers and books as well as the city of Rochester, helping to build and mold young minds. For the past two years, Anthony has taken a group of young adults to the Brave new voices teen international poetry slam team competition. 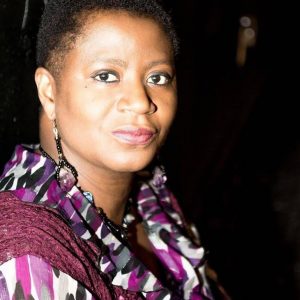 Rochester, NY native Lu Highsmith has published essays, news articles, and poems over the past twenty-eight years. Highsmith is a writer, publisher, promoter and spoken artist. In whatever form she chooses to exhibit her talents, it is always reflective of her passion for spirituality, sensuality, and social consciousness. She has performed at festivals, coffee houses, nursing homes, schools, churches, art galleries, clubs and community events throughout New York State, Atlanta, Philadelphia and Canada.

Lu self-published two poetry books, “Vicissitudes: The Ups and Downs of Life”, in 2008 and has been featured in the Rochester-based newspaper, Minority Reporter; the Buffalo-based newspaper, Challenger and featured as a “Woman to Watch” in The Rochester Democrat and Chronicle.

She was the founder and Executive Director of the highly-successful Roc Bottom Slam Poetry Team and is the founder of the Roc Poetry Collective. Lu successfully produced and promoted the First Annual Empire State Poetry Slam Competition in October, 2012; bringing slam poetry teams from all over NY State to Rochester, NY to compete.

Lu is currently a member of the dynamic writing consortium” We All Write” and appeared in the 2017 Fringe Festival with her fellow writers.
For further information, please visit www.lucreations.net 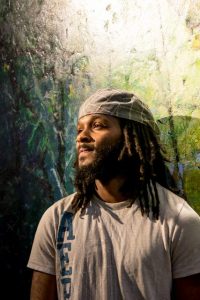 Anderson Allen is an actor, mentor, and teaching artist in the Rochester community. He is the Assistant Educational Coordinator at the Boys and Girls Club of Rochester, and facilitates a partnership with Writers & Books and the City of Rochester Rec Centers, Breathing Fire Teen Poetry Slam. Anderson has competed nationally and internationally as part of former Roc Bottom Slam Team. He was the 2nd place winner of the 2017 QEW International Slam, and recipient of the 2017 TANYS award for outstanding acting in 12 Dollars. He has been featured in the Washington Post, Democrat & Chronicle, Open Mic Rochester, and was a guest speaker on TEDxAllendaleColumbia. This bio could go on, but Anderson is more eager to make space for youth to find their voices, and slam their hearts out in the name of poetry! 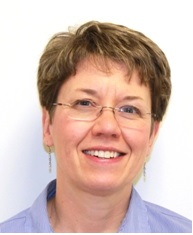 Sharon Knapp earned her MFA in Fiction from Bennington College. Her work has appeared in a variety of newspapers and magazines and is included in the creative nonfiction anthology, The Middle Distance. She spends her free time gardening, wrangling critters, and commuting to Erie, Pennsylvania, where she works as the Director of Training and Organizational Development for a technology company. She is passionate about growing young leaders.

David Andreatta is a metro columnist at the Democrat and Chronicle in Rochester, N.Y, known for his serious and irreverent work.

His commentary has been recognized by the New York State Associated Press as the best among large New York newspapers for three consecutive years, and his investigative work has earned national and state honors for depth and beat reporting. Prior to joining the Democrat and Chronicle in 2008, David wrote for the Staten Island Advance, The New York Sun, the New York Post and The Globe and Mail in Toronto.

David was born in Newport News, Va., and grew up Ontario, Canada. He is a graduate of Hamilton College in Clinton, N.Y, and the S.I. Newhouse School of Public Communications at Syracuse University. He bought into the quixotic Hollywood version of the journalism trade, where reporters were folk heroes writing the rough draft of history between nips from a gin bottle hidden in the desk drawer, and has found it to be mostly true.

David’s work has exposed fiscal abuse and ethical lapses in local government, prompted the removal of corrupt public officials, forced changes in public policy, stopped a chronic hate mailer, and inspired the prosecution and subsequent conviction of a man who left a drug-addicted woman for dead.

He lives in Fairport, New York, with his wife, Wendy, their two young boys and two fat cats. 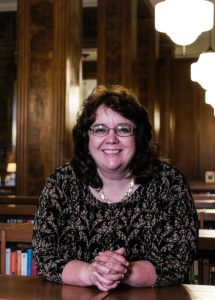 Patricia Uttaro has worked in Monroe County libraries for 34 years, and has served as Director of the Monroe County Library System and Rochester Public Library since 2009. She is a 5th generation Rochesterian, and a graduate of Nazareth Academy, Empire State College, and University at Buffalo.

Patty often describes herself as a “Reader with a capital R” who often has 2-3 books going at once. She blogs about her reading at itsallaboutthebook.org, and regularly shares reading recommendations on Twitter as PatriciaU36 and on Litsy as PatriciaU.

She lives in Chili with her husband of 30 years, Cosmo. They have two adult children, Scott who deserted Rochester for the bright lights of Buffalo, and Elizabeth, who is a student at St. John Fisher College.

The Rochester Association of Black Journalists is a professional organization whose membership includes journalists from area print, TV, radio and online outlets. Also, public relations and communications professionals serve as members, along with educators and anyone else in a media or media-related profession. Student memberships are available for those who are training to begin journalism as a career. 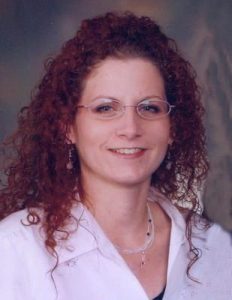 Stephanie Squicciarini received her MLS in 2000 and served as the Teen Services Librarian at the Fairport Public Library ever since. In 2008, Library Journal named her a “Mover and Shaker” for her work as Founder and Director of The Greater Rochester Teen Book Festival. Stephanie served on boards of the Youth Services Section of the New York Library Association and the Young Adult Library Services Association of the American Library Association. She also served on the Board of Trustees of the Irondequoit Public Library. 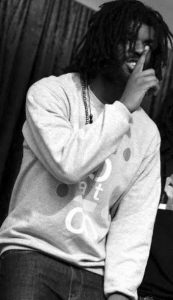 A.O.R fell in love with Poetry at first sound at 14. Found the courage to ask her out at 17 and they have been going strong for 8 years. In that time he has competed in L.A, San Francisco, and Toronto in his pursuit of becoming a national Grand Slam Champion. He has served as Co-Director of RocBottom Slam team, Host of “Snap Ya Fingers”, and co-host of “Now is the Time” talk radio show on 104.3  WayoFM, and is 2018 Roc Award winner for Best Male Poet.  Currently he is building his artist-based company “Starvin’ Artist”. He aims to spread love, light, positivity, and perspective with his vision.