Books to Film with Jack Garner 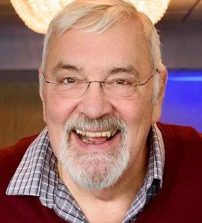 Join film critic Jack Garner for a discussion of film adaptations of books. What does it take to make a successful adaptation of a book? How have things gone diasterously wrong? We’ll take a look at the challenges, the pitfalls, and the triumphs.

Jack Garner was chief film critic for the Gannett newspapers and staff film critic at the (Rochester, NY) Democrat and Chronicle for 30 years before he retired in June, 2007. He also continues to write for the paper as a freelancer, doing a weekly film and entertainment column, and DVD reviews. And his occasional work as a film and DVD commentator with Rochester’s WHAM-TV and 1370 WXXI-AM continues. He began reviewing films at the Democrat & Chronicle in 1977 — starting with the original Star Wars. In 1987, Garner was appointed chief film critic of Gannett News Service, and his writing regularly appears in Gannett newspapers nationwide, and in journals worldwide.