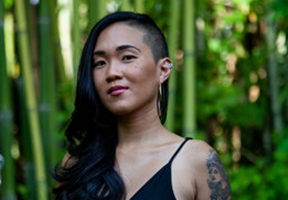 Cynthia Dewi Oka will be in conversation with author and poet Peter Conners, Publisher and Executive Director of BOA Editions. 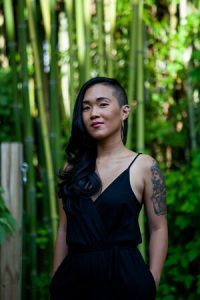 In her fourth poetry collection, Cynthia Dewi Oka performs a lyric accounting of the anti-Communist genocide of 1965, which, led by the Indonesian military and with American assistance, erased and devastated millions of lives in Indonesia. Under the New Order dictatorship that ruled by terror for over three decades in the aftermath, perpetrators of the killings were celebrated as national heroes while survivors were systemically silenced. Drawing on US state documents that were only declassified in recent years, Oka gives form and voice to the ghosts that continue to haunt subsequent generations despite decades of state-produced amnesia and disinformation.

Selected by Aracelis Girmay, A Tinderbox in Three Acts is at once elegy and exegesis, fact and invention. In service of recovering what must not be remembered, A Tinderbox in Three Acts repurposes the sanitized lexicon of official discourse, imagines an emotional syntax for the unthinkable, and employs synesthetic modes of perception to convey that which exceeds language. Where memory fails, here is poetry to honor the dishonored, the betrayed, the lost and still-awaited.

“This book is a fire. A ceremony. An unburying. It is a tremendous honor to walk behind Cynthia and this truly essential work.”  — Aracelis Girmay

Cynthia Dewi Oka is the author of, Fire Is Not a Country (2021) and Salvage (2017) from Northwestern University Press, and Nomad of Salt and Hard Water (Thread Makes Blanket Press, 2016). A recipient of the Amy Clampitt Residency, Tupelo Quarterly Poetry Prize, and the Leeway Transformation Award, her writing appears in The Atlantic, POETRY, Academy of American Poets, Poetry Society of America, Hyperallergic, Guernica, The Rumpus, and elsewhere. Her experimental poem, “Future Revisions,” was exhibited at the Rail Park billboard in Philadelphia in summer 2021.  She has taught creative writing at Bryn Mawr College, New Mexico State University and Voices of Our Nations (VONA). She is originally from Bali, Indonesia. 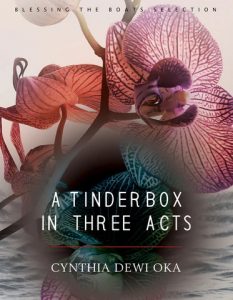