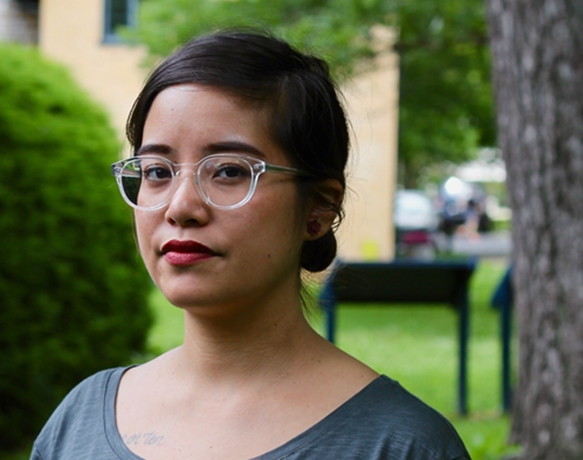 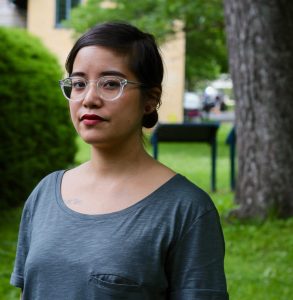 This debut collection of poems explores what it means to be a racially ambiguous, multiethnic, Asian American woman growing up in Kentucky. Quintos teases the line between tokenism and representation, between assimilation and belonging; and offers a potent antidote to the assumption that “American” means “white.” Encompassing a journey from girlhood to motherhood, Two Dots  subverts stereotypes to reclaim agency and pride in the realness of a brown girl’s body, boldly declaring: we exist, we belong, we are from here, and we will continue to be.

“Danni Quintos’s Two Brown Dots, in addition to thinking hard about motherhood, the body, ancestry, and more, is one of the most beautiful and tender and honest depictions of the youthful negotiations of racism I’ve ever read: the lostness, the entanglements, the confusions, the hurts, the loves. How many times I gasped or dropped my head into my hands or shook my head in recognition at how clearly, how precisely, she depicted what I have felt but never quite had the words or courage to say. It is a wonder how poems can care for us like that. It is a mercy.”  —Ross Gay

Danni Quintos is the author of Two Brown Dots (BOA, 2022), which won the 20th annual A. Poulin, Jr. Poetry Prize. She is also the author of PYTHON (Argus House, 2017), an ekphrastic chapbook featuring photography by her sister, Shelli Quintos. Her work has appeared in Best New Poets 2015, Cream City Review, Day One, Pluck!, Salon, and elsewhere. A Kentuckian, a mom, an educator, and an Affrilachian Poet, Quintos lives in Lexington, KY.

Buy your books at Ampersand and join the conversation:
Two Brown Dots

This virtual event is streamed via Crowdcast.