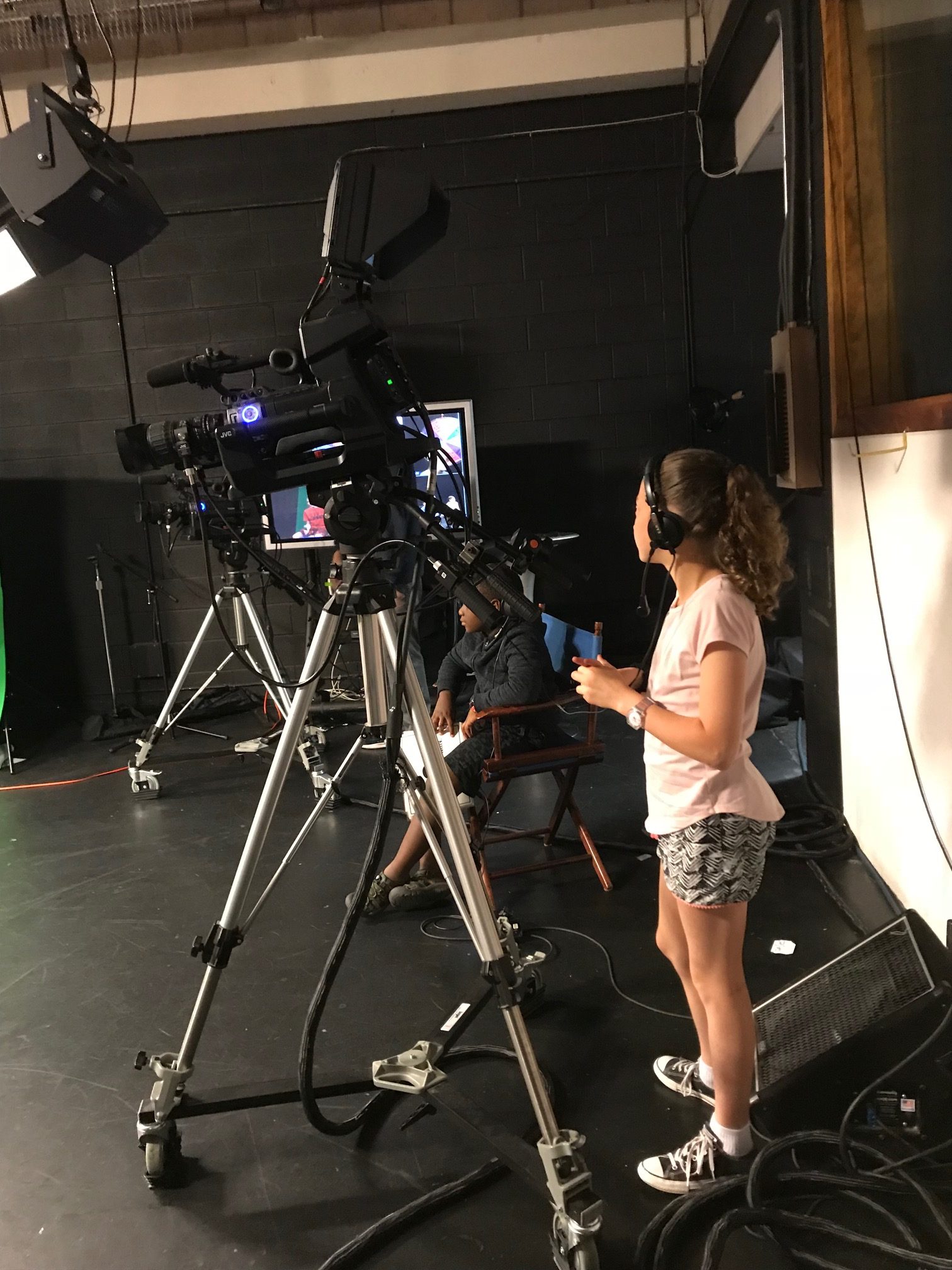 (ALL DAY: for ages 10-15) ‘As luck would have it, ASL is a language of moving pictures’ – Kenny Lerner & Peter Cook, The Flying Words Project

Calling would-be filmmakers! In this two-week-long camp, Deaf and hard of hearing campers get an incredible opportunity to create your own short films! Under the careful guidance of seasoned filmmakers who sign in American Sign Language, students will create shot lists and schedules, direct five-minute short films using mural art field trips as their backdrop with teammates, receive encouraging feedback & helpful suggestions during projects, and edit films on Final Cut Pro. Additionally, students will caption their films and learn how to work with sound in collaboration with the Create a Modern Day Radio Drama camp at RCTV. Students will also explore cinematography & editing techniques in traditional filmmaking & Deaf Lens approaches, and how to portray deaf characters in films; for example, are signing poets being portrayed fairly on YouTube and other social media? This year special attention will be given to an exploration of ASL poetry and how it is portrayed on film by examining the rich history of The Flying Words Project. By the end of this workshop, campers will have developed creative problem-solving and critical thinking skills to go along with their newfound technical expertise. They will showcase their final films for parents and families on Friday, August 30th at Writers & Books!