Scroll down and select “Get Tickets”
to receive a Zoom link to this event. 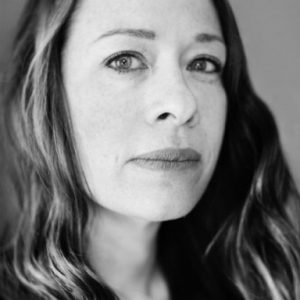 Join Melanie Conroy-Goldman for the virtual launch of her debut novel, The Likely World, praised by Mary Gaitskill as “bizarre and beautiful, equal parts brainy lit and gut-bucket pulp.”

The author will read selections from her novel, then chat with Writers & Books’ executive director about the inspiration for The Likely World, her writing practice, and the path her manuscript traveled on its way to publication with Red Hen Press. 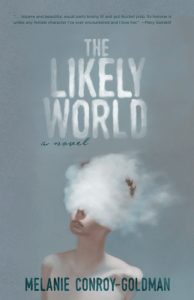 The Likely World is a gritty, bizarre, yet beautiful book that dives into the realm of alternative worlds and questions our human desire to explore the what if’s. Conroy-Goldman’s protagonist, Mellie struggles with a lifelong addiction to Cloud, a memory drug while caring for her young daughter. The drug allows her to see other better, possible lives, yet Mellie remains in the likely world or reality. A story about motherhood and insidious nature of addiction, The Likely World breaks hearts and rewires brains with its intricate and haunting prose. The Likely World is published by Red Hen Press, Los Angeles’s oldest indie publishing company.

Peter Ho Davies writes: “Conroy-Goldman’s gritty, street postmodernism will rewire your brain in ways that recall David Foster Wallace or Philip K. Dick. But it’s the depth of feeling here, about love, about motherhood, reminiscent of Rachel Kushner or Claire Vaye Watkins, that will break your heart.”

Melanie Conroy-Goldman is an author and educator. She has cemented her place in the literary world with fiction published in Southern Review, StoryQuarterly, and other anthologies and websites. She is the founding director of the Trias Residency for Writers and a professor of Creative Writing at Hobart and William Smith Colleges, and has taught classes at a men’s prison through the Cornell Prison Education Program. She lives in Ithaca, New York, with her husband, daughter, and step-daughters.