In this one-day intensive workshop, students will immerse themselves in the study of their chosen genre with some of the area’s top writers and teachers. This intensive includes four hours of workshops with peers, generative exercises, and one publishing panel to discuss topics ranging from “How do I find an agent?” to “Should I submit to literary contests?” Some partial, needs-based scholarships will be available. All meals will be provided. If you missed out last year, here’s your opportunity to apply. 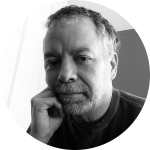 Ralph Black has published a collection of poetry: Turning Over the Earth, from Milkweed Editions, and a chapbook, The Apple Psalms. He is the recipient of the Anne Halley Poetry Prize from The Massachusetts Review and the Chelsea Poetry Prize. His poems have appeared in many journals, including The Georgia and Gettysburg Reviews, Orion, and West Branch. He teaches English and creative writing at SUNY, College at Brockport. 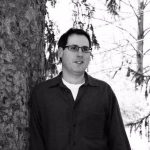 Stephen Schottenfeld is a graduate of the Iowa Writers’ Workshop. His stories have appeared in the Gettysburg Review, TriQuarterly, StoryQuarterly, the Virginia Quarterly Review, the Iowa Review, New England Review, and other journals, and have received special mention in both the Pushcart Prize and Best American Short Stories anthologies. Schottenfeld teaches English at the University of Rochester. 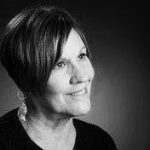 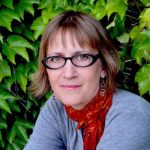 Anne Panning’s novel, Butter, was published in 2012 by Switchgrass Books. She has published two short story collections: The Price of Eggs and Super America, which won The Flannery O’Connor Award for Short Fiction and was selected as a New York Times Editor’s Choice. She has also published short fiction and nonfiction in numerous literary journals including Beloit Fiction Journal, Prairie Schooner, Fourth Genre, New Letters, Alaska Quarterly Review, Quarterly West, and many others. Her forthcoming memoir, Dragonfly Notes, will be published in 2018 by Stillhouse Press. She teaches creative writing at State University of New York in Brockport. 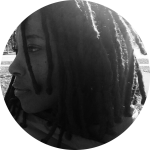 Kristen Gentry is from Louisville, KY, and received her MFA from Indiana University. She currently lives in Rochester, NY near SUNY Geneseo where she is an associate professor of English and the director of creative writing. Her short stories have appeared in Crab Orchard Review, Jabberwock Review, and other journals. She is at work completing Mama Said, a collection of linked stories that explore mother-daughter relationships strained by the mothers’ drug addictions. 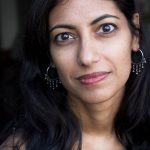 Sejal Shah’s essays and stories have appeared in Brevity, Conjunctions, Denver Quarterly, the Kenyon Review, Rochester Magazine, and others. She is the recipient of fellowships from The Anderson Center, The Blue Mountain Center, Kundiman, the Millay Colony for the Arts, and NYU. In her previous life, she was an assistant professor at Marymount Manhattan College in New York City, and held visiting faculty positions at Mount Holyoke College in MA and at Luther College in Iowa. More recently, Sejal has taught memoir and fiction at Writers & Books, the University of Rochester, and privately. Her story collection was named a finalist in 2017 for The Mary McCarthy Prize from Sarabande Books as well as a finalist for the Robert C. Jones Prize for Short Prose from Pleiades Press. Things People Say, her book of essays, was a finalist for the Cleveland State University Essay Collection Prize in 2017 and 2016. More at www.sejal-shah.com.