Now in its 36th year, the Genesee Reading Series is a smorgasbord for your literary palate. Come every month on the second Tuesday, and by the end of the year, you will have feasted on the work of 24 regional authors (some prominent, some emerging; writers of fiction, poetry, essay, creative nonfiction, memoir). It’s up close and personal in the intimate Performance Space upstairs. Stay afterwards and talk to the authors while eating cookies. 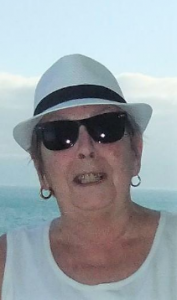 She has two recent books of poetry, The Kingdom Where Everybody Sings Off Key, and The Kingdom Where No One Keeps Time (a third volume is in the works), and a collection of short prose pieces, The Character for Woman (FootHills Publications), about a stay in Japan teaching at Yokohama College of Commerce. A new volume of haibun, Camping in the Galaxy, will be released from Woodthrush Books in Vermont in March. Formerly an instructor at the University of Pittsburgh in Bradford, PA, she currently lives in Olean, NY. 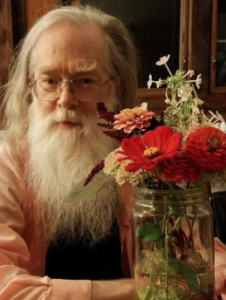 David Michael Nixon was born in Batavia, grew up in Lockport, and now lives in Rochester, NY.  His poems have appeared in many periodicals and several anthologies.  His latest poetry book is Stephen Forgives the Stones: New and Selected Poems (FootHills Publishing, 2018).  He is a member of the Imperfect Poets Club, Just Poets, The Golden Link Folk Singing Society, Writers & Books, Metro Justice, and the War Resisters League.  David is also an a cappella singer of folk and country songs, a housecleaner and yardworker, and an ancient basketball player.