The Genesee Reading Series is a smorgasbord for your literary palate. Come every month on the second Tuesday, and by the end of the year you will have feasted on the work of 24 regional authors (some prominent, some emerging; writers of fiction, poetry, essay, creative nonfiction, memoir). It’s up close and personal in the intimate performance space upstairs— stay afterward and talk to the authors while eating cookies. 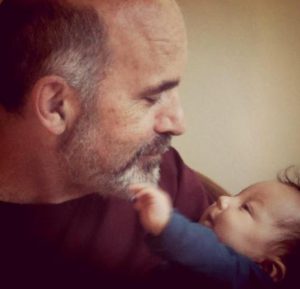 David Ruekberg has been writing poetry since he was a kid, but got more serious about it after attending classes at Writers & Books. His first instructor was Mark Nowak, which is where he first met Thom Ward. He then took a few classes from Thom, where he met several other poets, including Charlie Cote, and formed a writing group called the Potluck Poets. He went on to earn his MFA from the Warren Wilson College low-residency program, and enjoyed a month-long writing residency at Jentel Arts in Wyoming. Poems have appeared in Barrow Street, Borderlands, Rochester’s Lake Affect and Penn State’s Lake Effect, North American Review, Poet Lore, and elsewhere. He teaches English at Hilton High School, and is looking forward to retirement soon. He is married to the storyteller, writing instructor, and massage therapist, Leah Ruekberg. His first collection, Where Is the River Called Pishon? was published by Kelsay Books in August, 2018.  His second manuscript, Hour of the Green Light, for which he is still seeking publication, was semi-finalist in the 18th Annual Elixir Press Poetry Award.Read more at https://poetry.ruekberg.com. 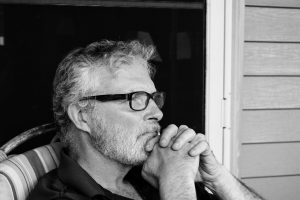 The elegies in Charlie Coté’s forthcoming book I Play His Red Guitar (Tiger Bark Press, due out May 2019), lament and celebrate the loss of a beloved son, taking the reader through seasons of grief, recovery and transformation. Coté is a clinical social worker in private practice in Rochester, NY and the author of Flying for the Window (Finishing Line Press, 2008). His work has appeared in Barrow Street, Big City Lit, Segue, Salamander, The Cortland Review, Connecticut River Review, Upstreet, Connotation Press, Ducts, Terminus, and Quiddity. He teaches poetry at Writers & Books and serves as the chair for 13thirty Cancer Connect.