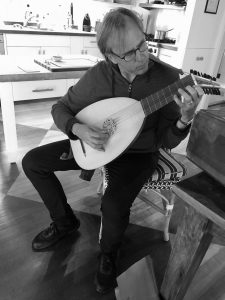 James Longenbach is a poet and a critic who has taught at the University of Rochester for many years. His many books of literary criticism include The Art of the Poetic Line (Graywolf) and How Poems Get Made (Norton), and his books of poems include The Iron Key (Norton) and Earthling (Norton), the latter of which was a finalist for the National Books Circle Award. His poems have appeared individually in The New Republic, The New Yorker, and The Paris Review.

Joanna Scott is the author of twelve books, including the novels Arrogance, Tourmaline, and Careers for Women, and two collections of short fiction, Various Antidotes and Everybody Loves Somebody. Awards include a MacArthur Fellowship, a Lannan Literary Award, and a Guggenheim Fellowship. Her novel, The Manikin, was a finalist for the Pulitzer Prize, and her stories have been included in Pushcart Prize anthologies and Best American Stories.