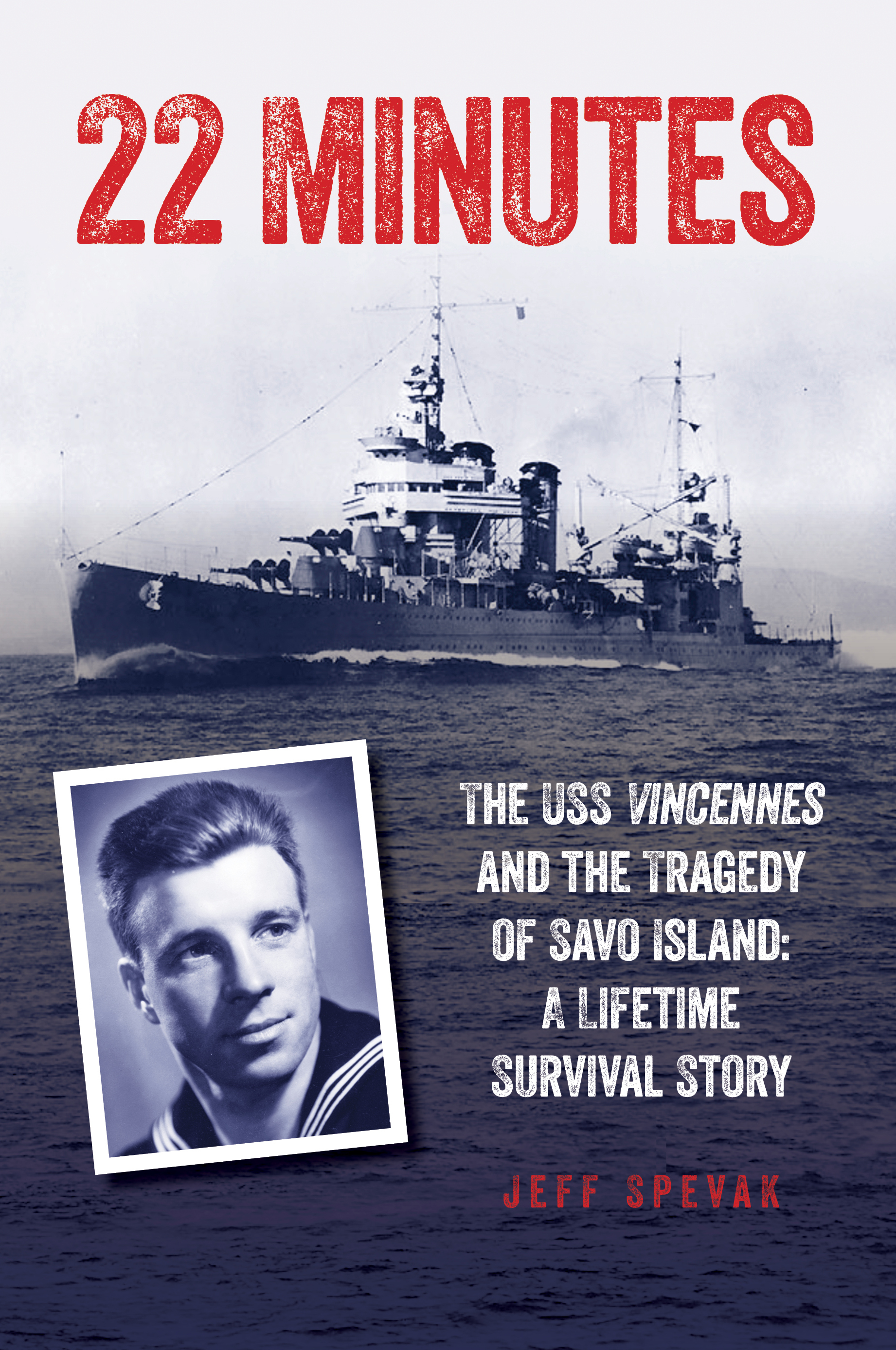 Author Jeff Spevak was confronted with a dilemma: How do you tell the story of a man who can’t bring himself to talk about the most epic moment of his life? Ernie Coleman was a legendary sailor on Lake Ontario. But throughout his life he was haunted by nightmares from World War II: The Battle of Savo Island, the worst open-sea defeat in the history of the US Navy. During the 22-minute battle in the Japanese navy sank Ernie’s ship, the USS Vincennes, taking 322 of his crewmates to Ironbottom Sound.

Jeff Spevak has been a Rochester arts reporter for nearly three decades, with seven first-place finishes in the Associated Press New York State Features Writing Awards while working for the Democrat and Chronicle. The Rochester Media Association named him a winner of its “Impact Award” in 2018. He has been published in Musician and High Times magazines, City newspaper, and POST magazine and has been an arts contributor to WXXI public radio. He occasionally performs spoken-word pieces around town. His blog The Critical Mass can be found at jeffspevak.com