Lucy Antek Johnson: This Was Toscanini: The Maestro, My Father, and Me

Presented in partnership with the Livonia Public Library. 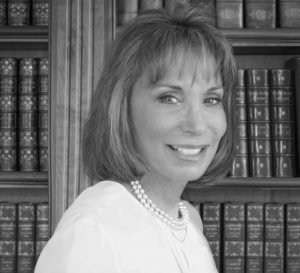 Samuel Antek, a first violinist with the NBC Symphony Orchestra, captured the 17 years he performed under the baton of the legendary Arturo Toscanini in the memoir This Was Toscanini, published in 1963.  Antek shared his keen observations of Toscanini’s singular approach to musical creativity, his unpredictable moods, his passions, his relentless demands on himself and his musicians, and his unwavering dedication to faithfully interpreting composers’ works.  Antek’s daughter, Lucy Antek Johnson, brings this stellar work back into print with a new, expanded edition, This Was Toscanini: The Maestro, My Father and Me, making Toscanini’s legacy available to new generations of students, musicians, music historians, and classical music fans.

“In this new edition, Lucy Antek Johnson revivifies not only her father’s text and its subject—along with many of Robert Hupka’s original photos—but also her father’s own remarkable story.  —Harvey Sachs, author and music historian

Samuel Antek began his violin studies in Chicago and became a protégé of Leopold Auer. He won a fellowship to attend the Juilliard Foundation and played solo concerts extensively. In 1937, Mr. Antek was selected to become a first violinist for the NBC Symphony, an orchestra created by RCA for the legendary conductor Arturo Toscanini. He was a member of the orchestra from 1937 to 1954, and also launched his own career as a conductor. Samuel Antek died suddenly at age 49 in January 1958. This Was Toscanini, was published posthumously. 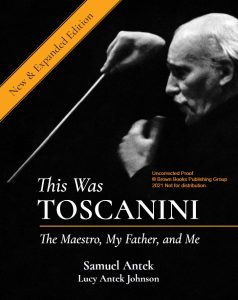 Lucy Antek Johnson, Samuel Antek’s daughter, was born and raised in New York City. After studying music, fine art, and ballet, she was drawn to the world of television production and spent her entire career in the entertainment industry, working with such producers as Martin Charnin, Harry Belafonte, David Susskind, and Roone Arledge. When she moved to Los Angeles in 1978, she produced movies for television, then joined NBC as a network executive. She served as senior vice president of daytime and children’s programs for CBS, a position she held for 14 years.

Buy your books at  Ampersand and join the conversation!

This Was Toscanini: The Maestro, My Father, and Me