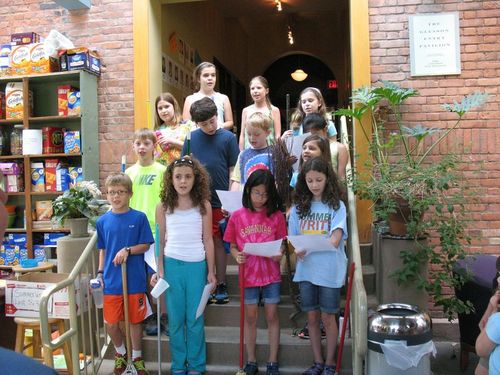 Code: JY17-R45 Explore the rollicking, daring tale of Magnus Chase, the Norse demigod. We will look into Sword of Summer, the first book in the new Magnus Chase and the Gods of Asgard series. Magnus, cousin of Greek demi-god Annabeth Chase, collides head-on with the Nine Worlds of the Norse Gods Adventure, magic and heroic deeds fill the tales of Norse gods Odin, Thor, Baldur, and Freya. Many of our favorite stories such as The Hobbit and Harry Potter were influenced by the myths of the Norse (Vikings). Read funny, exciting readers theater scripts based on the Magnus Chase story. Learn about Norse myth through craft activities. Find out about the rainbow bridge that connects the worlds of gods and people. Learn about runes, the magical Norse alphabet. Meet magical creatures such as dwarves, elves, frost giants, trolls, gnomes, and sea serpents. Create a skit and bring it to life for family and friends on the final day.     If you would like to make a request for an accommodation, please email us at accommodation@wab.org at least 10 days prior to the workshop or event.