Join Writers & Books and The Baobab Cultural Center as we celebrate Toni Morrison.

Begin the evening at The Baobab Cultural Center with a viewing of In Black and White, VOL. 3: TONI MORRISON (the first video series devoted to the life and work of contemporary African American authors.”- California Newsreel) followed by a facilitated round table conversation with special guests. 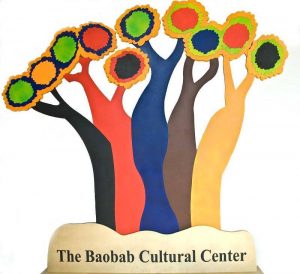 Following this discussion, we will head next door to Writers & Books for a reception.

Tickets for this will be sold through Baobab.

Zoe Walker-Itoh is a recent retiree of the Rochester City School District. She is a former Director of Theatre at St. Bonaventure University. She holds a B.A. from City University of New York and M.Ed. degrees from both St. John Fisher College and City University of New York. She has appeared professionally as an actor in New York as well as internationally. Currently, she
spends time, travel, directing local theatre and writing new works.

Dr. Gaya R. Shakes is a retired secondary English teacher and lead teacher mentor in the Rochester City School District. She was also an adjunct professor of urban education at Nazareth College. Dr. Shakes is a graduate of Vanderbilt University (BA) and Colgate Rochester Crozer Divinity School (MA). She completed her doctoral work in teaching and curriculum from the University of Rochester. She was the American Federation of Teachers Distinguished Fellow and the National Endowment for the Humanities Fellow. Dr. Shakes presents and consults widely, and has published articles about culturally relevant pedagogy, teacher reflection, and the intellectual empowerment of African American women. She is married to David A. Shakes.

Delores Jackson Radney, actor, director, art historian, educator, curator, is the founding partner of Kuumba Consultants, an arts in education agency providing arts and cultural programming for schools and youth organizations throughout the region. Ms. Radney is also the artistic director of a youth drama troupe, Kuumba Kids. She is a writer and director of plays, children’s plays, and historical dramas for family audiences. Delores Jackson Radney was the theater resource educator for the Rochester City School District (2001–2004), where she designed drama curriculum to satisfy the New York State learning standards in drama and enhance student understanding in all subject areas through theater.