My junior year at Oberlin College, I took a class in music technology. Our “classroom” was a tiny sound-studio in the basement of the conservatory building. We called our professor “Tom.” On the first day of class, Tom asked us to grab our notebooks and pens and leave everything else behind. We were going on a field trip, and we had one assignment: to write down every sound we heard.

Tom led us under a series of clanging pipes, up an echo-y flight of stairs, through a busy lobby buzzing with students’ chatter, into a hallway of practice rooms where piccolos trilled and tubas oom-pah-pah’d. Our last stop was just outside the building: a breezy patch of grass and trees, where birds chirped and traffic rumbled by.

Back in the studio, we compared notes: one student had heard an aria in a woman’s laugh; another had felt the rhythmic baseline of cars over a speed bump; a third had noticed the overtones in the flush of a toilet. All of us had discovered as much beauty in the mundane noises of life as we had found in any “real” instrument.

I never heard the world in the same way again.

When I started teaching, I knew I wanted to work with adults, and I knew what my mission would be: to awaken that same kind of awareness in as many of my students as I could. I wanted to renew their sense of childlike wonder, and help them approach their lives and their writing with a greater sense of openness and curiosity.

In my writing classes, I ask my students to daydream and dawdle and lollygag. I want them to treat the world as their playground, exploring every corner and crevice, and noticing not just every sound, but every sight, smell, taste, and texture. These tiny details help breathe new magic into their work. When writers learn to truly pay attention to the richness of the present moment, they begin to fill their stories of the past, the future, and the imaginary with vivid new colors.

And of course, in my classes, coloring outside the lines is highly encouraged. 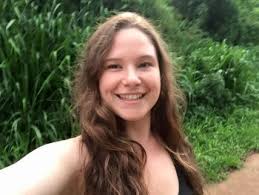 Deb Sperling graduated from Oberlin College in 2008 with a BA in Politics and no clue what to do with her life. Since then, she has worked as an administrative assistant, a journalist, an editor, a tabloid reporter, a café supervisor, an ESL teacher, a giant dancing box of popcorn, and a transporter of human remains. Deb has lived and traveled extensively in South America, where she recently had two near-death experiences and a life-saving emergency surgery. She is currently working on a memoir linking her encounters with corpses in the funeral industry to the struggles she has faced with her own body.