Writers & Books is proud to announce The Enchanted by Rene Denfeld, as our choice for the 2017 “Rochester Reads” program. Denfeld will be in residence doing readings, book signings and other appearances at local libraries, colleges and senior centers throughout Rochester and the surrounding region from March 29 through 31, 2017.

Books available for purchase at the Writers & Books bookstore for $14.95

The Enchanted explores an unexpected enchanted world: a death row in an ancient stone prison. Through the eyes of an inmate who finds escape in books and in re-imagining the life around him is woven a fantastical tale of the people he observes and the world he inhabits. Fearful and reclusive, he senses what others cannot. Into his world come characters including a fallen priest and a death row investigator, who in her efforts to save inmates from execution, uncovers wrenching truths that challenge familiar notions of victim and criminal, innocence and guilt, honesty and corruption—ultimately revealing shocking secrets of her own.

Copies of The Enchanted will be available for purchase at Writers & Books this week. 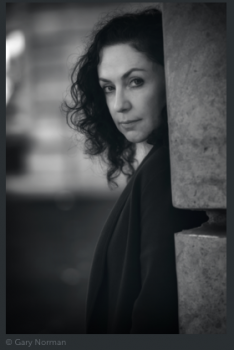 Rene Denfeld has written for several publications including the New York Times, the Oregonian, and the Philadelphia Inquirer. Before publishing the novel The Enchanted, Denfeld published three non-fiction books: The New Victorians: A Young Woman’s Challenge to the Old Feminist Order; Kill The Body, The Head Will Fall: A Closer Look at Women, Violence, and Aggression; and All God’s Children: Inside the Dark and Violent World of Street Families. In addition to her writing career, Denfeld is a death penalty investigator who works with men and women facing execution. She is also the happy mother of three children adopted from state foster care.

PRAISE FOR THE ENCHANTED

“The Enchanted is unlike anything I’ve ever read. Its exquisitely constructed web is spun in that least exquisite locale, Death Row. The powerful central story arches over multiple, piercing sub-plots, and devastating fables that stare straight into the face of horror. But it is the opposite of depressing; it’s a jubilant celebration that explores human darkness with a profound lyric tenderness and not one jot of sentimentality. It’s probably mad to perceive and convey so much beauty in the midst of the vile, but this particular lunacy is contagious and seductive. The reader comes to see through Denfeld’s strange lens, and to savor the richness of the view long after the final page has turned.”
—Katherine Dunn, author of Geek Love

“The Enchanted wrapped its beautiful and terrible fingers around me from the first page and refused to let go after the last. A wondrous book that finds transcendence in the most unlikely of places, enshrouding horrible things in a gossamer veil of fantasy with a truly unforgettable narrator. So dark yet so exquisite.”
—Erin Morgenstern, author of The Night Circus

“The Enchanted is … a testament to the power of words, of language and symbols to reshape one’s reality, and it is an extraordinarily empathetic look at the sorrows and joys of even the worst aspects of human life.”
—The Oregonian

“Read this magical book, and prepare to be spellbound.”
—Library Journal (starred review)