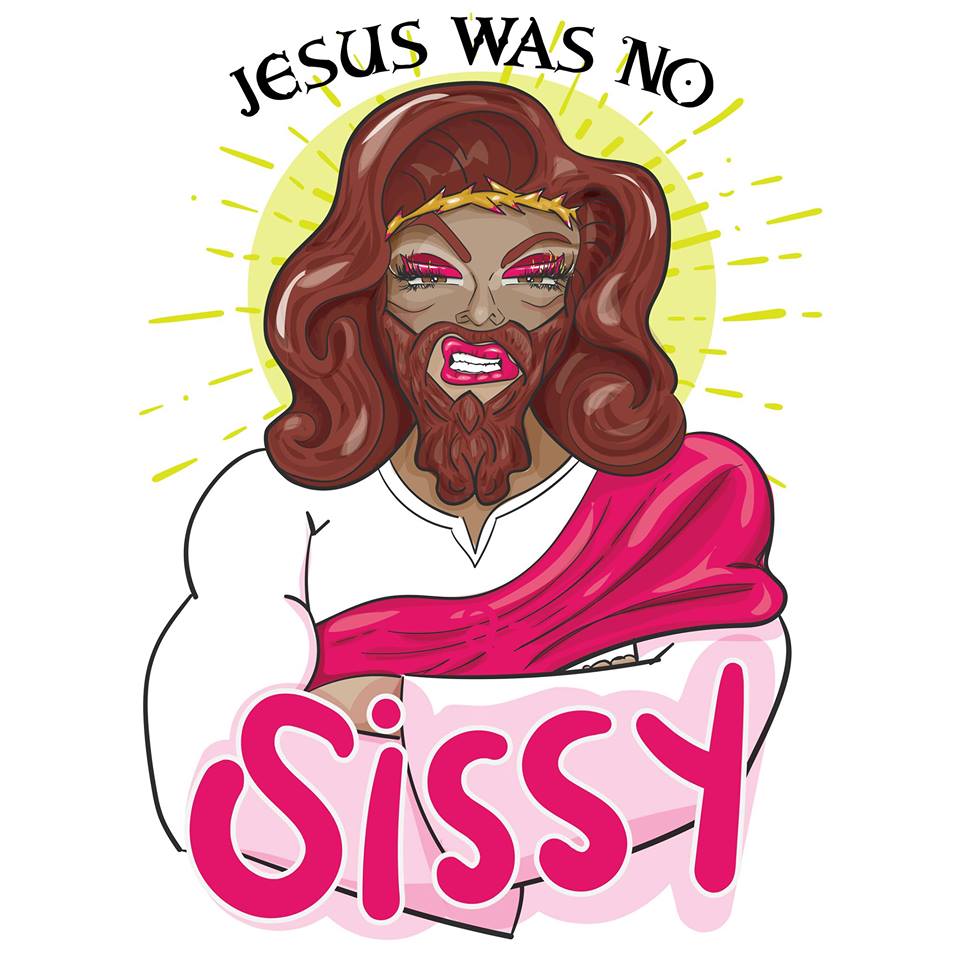 Rochester, New York –  Kelli Dunham’s JESUS WAS NO SISSY (or was He…) will have its world premier at the 2018 KeyBank Rochester Fringe Festival on Saturday September 15th  at 10 pm and Sunday September 16th at 3 pm at Writers & Books 740 University Avenue, Rochester, NY 14607.  Tickets are $10 at rochesterfringe.com, where more information is also available. Remaining tickets will be available at the door starting one hour before curtain.

JESUS WAS NO SISSY is a comic tale of what happens when a good Christian girl who might actually be a boy inside learns everything about masculinity and femininity through the wonders of The Lord’s Boot Camp (motto: Get Dirty for God, Go Lay a Brick), Christian finishing school (“From Grubby to Grace” for girls and “God’s Gentlemen” for boys) and a subscription to the Sugar Creek Gang series of Christian fiction.

JESUS WAS NO SISSY is written and performed by Kelli Dunham,  a Wisconsin-raised and Brooklyn-based genderqueer stand up comic, storyteller and author of seven books of humorous nonfiction.. Kelli has a long history of trying to get closer to God– as a teen missionary, a Bible College student and even a Roman Catholic nun with Mother Teresa’s order –most often with disastrous and hilarious results.

Dunham has been featured in the New York Times, Ms Magazine, Showtime, the Discovery Channel and nationwide at colleges, fundraisers and LGBT pride events. Kelli’s four comedy CDs including “I am NOT a 12 Year Old Boy” and “Why Is the Fat One Always Angry” are in regular rotation on the Sirius Satellite Radio’s Rawdog Station.

More about Fringe: Since its debut in 2012, the KeyBank Rochester Fringe Festival has become one of the most successful fringe festivals in the U.S., attracting more than 68,000 attendees in 2016. This 10-day, multi-arts festival now boasts over 500 performances and events – more than a quarter of which are free – in 25+ venues in downtown Rochester, NY. Celebrating and inspiring creativity, the Fringe – which is partially curated by the non-profit festival and partially by festival venues – includes everything from theatre, music, comedy and dance, to children’s entertainment, spoken word, visual arts, film and much more. Please visit rochesterfringe.com for a complete schedule, tickets and more information.