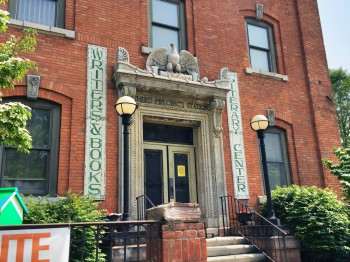 Executive Director of Writers & Books to retire in 2016,

Announces Writing the Next Chapter Campaign

Joseph Flaherty, founding director of Writers & Books announces his plans to retire as Executive Director in June 2016. Flaherty has been the leading force behind the success of Writers & Books since its opening in a one-room storefront on South Clinton Ave in 1981. Flaherty saw the organization move to its current residence at 740 University Ave in 1985, and has brought the building through several major renovations to turn it into the thriving literary center it is today.

Writers & Books is one of the largest literary centers in the country, offering programs in reading & writing for people of all ages and backgrounds, serving an annual audience of over 25,000. 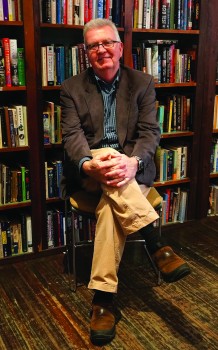 “By announcing my retirement a year in advance,” Flaherty says, “it provides the opportunity to guarantee the long-term future of the organization by selecting a strong leader to succeed me and putting in place a secure financial foundation.”

Announcing the Writing the Next Chapter Campaign

The Writing the Next Chapter Campaign’s goal is to retire the organization’s debt and create a permanent fund that will allow for new and expanded programs. This includes increasing educational scholarships, bringing top writers to Rochester, expanding facilities, and strengthening existing programming.

“It’s time for Writers & Books to write its next chapter. I want to make sure the story continues for generations to come.” – Joe Flaherty

For more information on the Writing the Next Chapter Campaign, contact Development Associate Tate DeCaro at tated@wab.org