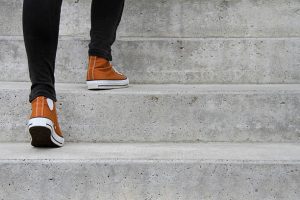 Join us for opportunities to take your writing project to the next step and learn strategies for advancing your writing career.

Inspired by the popularity of our two literary conferences hosted in 2018 and 2019, Next Steps Literary Series provides writers on the path to publishing with an ongoing trajectory of interactive talks, panels, and workshops led by published writers and experts from the publishing industry.

Next Steps sessions are delivered in virtual space via Zoom.

The Circle and the Line
Melanie Conroy-Goldman

The spine of the novel occurs in linear time. Even if the tale isn’t told chronologically, the reader constructs a timeline that occurs in hours and weeks and years. But there is another timeline we might think of as the circle. This is the obsessive vein of the novel, the thematic line, which recurs and revisits and revises. The writer, too, often constructs in both circles and lines–going forward, looping back, pushing ahead again. In this workshop, we’ll talk about the line, but our special focus will be the circle, ways in which narrative loops can pull in our reader, complicate our timeline, and ultimately deepen both the reading and the writing pleasure. We will consider such novels as Colson Whitehead’s Underground Railroad, Daisy Johnson’s Everything Under, and Dexter Palmer’s Version Control; and enjoy short writing exercises.

Melanie Conroy-Goldman is the author of the novel The Likely World (Red Hen Press, 2020). A Professor of Creative Writing at Hobart and William Smith Colleges, she was a founding director of the Trias Residency for Writers. Her fiction has been published in Southern Review, StoryQuarterly, in anthologies from Morrow and St. Martin’s and online at venues such as McSweeneys.net. She also volunteers at a maximum security men’s prison with the Cornell Prison Education Program.

September 2020: Date & hour to be announced
The Poet & Her Publisher: Partnering for Success
Rosamond S. King and Stephen Motika

Rosamond S. King, author of the poetry collection Rock | Salt | Stone (Nightboat Books, 2017) and
Stephen Motika, Director & Publisher of Nightboat Books, discuss the ways in which they partnered to successfully launch, promote, and create space for Rosamond’s manuscript in a crowded marketplace. Poet and publisher participated as a team in Face Out, a two-year technical assistance initiative sponsored by the Community of Literary Magazines and Presses, absorbing industry wisdom, forging relationships in the field, implementing traditional and guerilla marketing tactics, and learning how to maximize their efforts by working together. In this presentation, they will share strategies for success and a roadmap for avoiding common pitfalls, and discuss the particular place small press literary publishers and their authors occupy in the publishing landscape.

Rosamond S. King is a creative and critical writer, performer, and artist whose work is deeply informed by the many cultures and communities she is part of, by history, and by a sense of play. Her poetry has been published in more than two dozen journals and anthologies, and she has performed in theatres, museums, nightclubs, and traditional literary venues in Africa, the Caribbean, Europe, and throughout North America. She has received numerous honors, including a Fulbright Award and fellowships from the Woodrow Wilson, Mellon and Ford Foundations, Poets House and the Franklin Furnace Fund. She is the author of the chapbook, At My Belly and My Back and the critical book, Island Bodies: Transgressive Sexualities in the Caribbean Imagination, winner of the 2015 Caribbean Studies Association Gordon K. and Sybil Lewis Prize for the best book in Caribbean studies.

Stephen Motika was for many years on the staff of Poets House in New York City. The author of the poetry collection Western Practice (2012) and the poetry chapbooks Arrival and at Mono (2007), In the Madrones (2011), and Private Archive (2016), he is also the editor of Tiresias: The Collected Poems of Leland Hickman (2009).

February 14, 2020
A Sense of Place in Narrative Nonfiction: a workshop with Michael J. McGandy
Writing successfully with place in mind is tricky. Locality gives narrative non-fiction work focus, verisimilitude, and grit. It also can limit the audience and fail to pass the “so what?” test. Senior Acquisitions Editor Michael J. McGandy will consult with authors who are developing narrative non-fiction projects: from concept and proposal, then pitching, and to writing. We’ll also examine specific case studies of successful and failed place-based books. We’ll leave the workshop with a short list of narrative goals that will guide us in crafting books rich in local detail and color and with a broad, even national reach.

Michael J. McGandy is Senior Acquisitions Editor and Director of Three Hills at Cornell University Press. McGandy has worked in publishing since 2000, and has held positions at Macmillan Library Reference, W. W. Norton, and Rowman & Littlefield.

June 11, 2020
Writing the Graphic Novel: a Talk with Alex Sanchez and Karen VanMeenen

Join author Alex Sanchez in conversation with Karen vanMeenen as he discusses the process of writing a graphic novel, including lessons learned and rewards gained from collaborating with a visual artist. His You Brought Me the Ocean is a new young adult graphic novel from DC that puts a contemporary twist on Aqualad’s classic origin story and tells an eloquent coming-out romance. Lambda Award-winning author Alex Sanchez (Rainbow Boys) and New York Times bestselling illustrator Julie Maroh (Blue Is the Warmest Color) are two voices that have been instrumental in shaping the LGBTQ+ experience in young adult literature.

Alex Sanchez has published eight novels with Simon & Schuster, including the American Library Association “Best Book for Young Adults” Rainbow Boys and Lambda Award-winning So Hard to Say. His novel Bait won the Tomas Rivera Mexican-American Book Award and the Florida Book Award Gold Medal. He has a master’s in counseling, worked for many years as a youth and family counselor, and now works as an author, teacher, and freelance developmental editor.