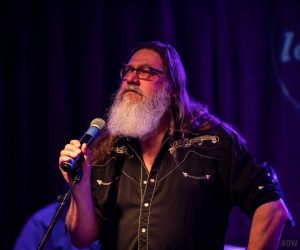 Jeff Spevak has been a Rochester arts reporter for nearly three decades, with seven first-place finishes in the Associated Press New York State Features Writing Awards while working for the Democrat and Chronicle, until he was rudely laid off in the fall off 2017; one year later, the Rochester Media Association named him a winner of its “Impact Award.” He has been published in Musician and High Times magazines, City newspaper and Post magazine and worked as an arts contributor to WXXI public radio. He occasionally performs spoken-word pieces around town. Some of his haikus written during the Rochester jazz festival were self published in a book of sketches done by Scott Regan, the host of WRUR’s Open Tunings show. His web site, jeffspevak.com, features his blog, The Critical Mass. Spevak founded an award-winning barbecue team, The Smokin’ Dopes, and believes Bigfoot is real. 22 Minutes, his book on the life of a Lake Ontario sailor who survived the sinking of his ship during World War II was published on May 1 by Lyons Press.