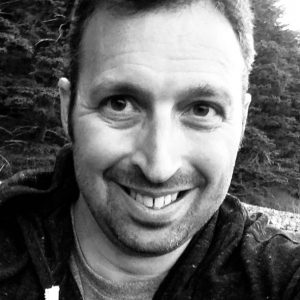 Tony Leuzzi’s books of poems include Radiant Losses, The Burning Door, and Meditation Archipelago. He has also edited Passwords Primeval, which collects Leuzzi’s interviews with 20 American poets. A Professor of English at Monroe Community College, Leuzzi has received a Wesley T. Hansen Award for Excellence in Teaching and a State University of New York Chancellor’s Award for Creativity and Scholarship. He has written reviews and criticism for The Brooklyn Rail, Lambda Literary, and Scout, among other places, and is a visual artist whose paintings incorporate collage and erasure.