On Saturday afternoon, May 14, friends and former students of Finvola (Fin) Drury will gather to remember her and the important part she played in their lives. Fin was a poet and a teacher and was also one of the first members of the Writers & Books Board of Directors on which she served for fifteen years.
“(She was) the matriarch of the Rochester poetry scene in the 1980s and 90s, an inspiration to many writers in the area, and the first one out on the dance floor.” – Wendy Low, Writing Coach & Editor 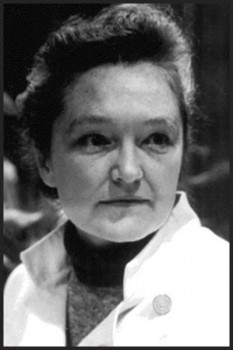 Called Fin by her many friends and students, she interacted generously with people. She taught workshops on autobiographical writing for many years at Writers & Books and she helped many of her students complete and publish their memoirs. Groups founded by former workshop participants continue to meet together to this day. She wrote extensively about her life with her Jewish neighbors in Detroit, and she was frequently asked to share those writings in readings for synagogue-based groups in several cities. Her “The Radio Seder” was broadcast live on WFMT-Chicago as part of the station’s Passover programming. The poet Langston Hughes once asked her to stay in an audience because she was such a good laugher. She died in January, 2015, and during her final years, er caregivers and friends said that while they were caring for her, she was still teaching them.
Click here to read Finvola Drury’s obituary.